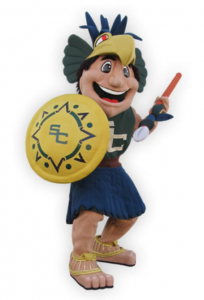 See who is signed up and running here.

If you are interested in serving on Exec council for 2023 – 2024 download the election packet below. Email jamie.kreyling@washk12.org with any questions. All election information is due by Feb 8th, 2023

Choose from the following positions:

* Cinematographer, Tech Rep and Artist are appointed positions and you will need to submit a portfolio by Feb 24th (see link to Application packet below)

Those wanting to run for a SO, JR or SR class office, those packets are due Feb 24th.

We’re also looking for two creative, artistic, tech savvy and responsible juniors to serve as Exec Council Artist, Tech Specialist and Exec or Class Cinematographer for next school year. See the packets below. Portfolios will be due Feb 24th and the selections will be announced on this page on March 2nd.

We endorse and uphold the eligibility standards of the Utah High School Activities Association.

Other officers of the Executive Council shall consist of the following elected and appointed officers:

“I do solemnly affirm that I will uphold and obey all laws and rules of Snow Canyon High School, support all school activities, and fill the office to which I am elected, to the best of my ability.”

Primary elections will be evaluated as follows:

Cannot vote or participate as an officer at any activity, or wear any item of clothing affiliated with the position. Cannot function in an official capacity.

Failure to comply with grade standards after a period of probation will result in termination from office.

An informal investigation and consensus vote for each individual officer will be conducted by administration, advisor, school resource officer, and/or the appropriate student councils. Ineligibility results when effective leadership ability is compromised.

If the individual is found ineligible, he/she will not be able to represent Snow Canyon High School. The length of the period of probation or decision to remove the individual from the office will be determined by the above mentioned officials as part of the ineligibility decision.

Stand oh mighty Warriors throw your challenge to the foe. We will fight with all our might, to battle we will go.

Ever we’ll be true to the Gold, Green and Blue.

Give a rousing cheer for our Snow Canyon High. Bring on the band and raise our colors to the sky. We will give our all to help our team to win tonight.

Stand and cheer, we all are here to show our pride SC unite. ALL RIGHT!

Amendments or revisions of this constitution may be made by a three-fourths (3/4) vote of the Executive Council at any of its regular meetings.

Amendments will be effective only after approval by the school administration.

OUR MISSION:
Creating a Student-Centered Community Focused on Learning, Growth, and Excellence for ALL.